I don’t like people who wear purple shirts, but I’m trying to get past it. 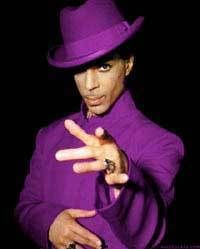 “YOU would not look good in this.”

People who wear purple shirts are just as good as Rebecca Romijn. Also, what was John Stamos thinking?

And I do my best to treat people who wear purple shirts the same as everyone else, but sometimes I fall short. I mean, they’re wearing purple shirts. You can’t wear a purple shirt and be tough. I know that I shouldn’t think that way, but I do. And I’m trying like hell not to.

Obviously, this post isn’t about purple shirts. (And believe it or not, it’s not a gratuitous post to gawk at much of Rebecca Romijn’s upper body.) (That’s a fringe benefit.)

President Trump reversed President Obama’s stance on transgendered people in the military this week. And the usual battle lines have been drawn–battle lines manned by combatants who are absolutely certain about their righteousness. Because this issue is simple, right?

A woman born before the Korean War isn’t an evil bigot if she’s uncomfortable with someone who’s not a woman in the same rest room. She’s not a hate criminal. She’s not trying to consign an entire class of people as outcasts. She’s uncomfortable with a massive change that she hasn’t really had a chance to come to terms with. Screaming at her obvious bigotry isn’t going to help her come to accommodation. It’s going to harden her resolve.

On the other hand, the people going through gender reassignment aren’t embarking on a long, difficult (expensive) process because they woke up one morning and wanted to feel pretty. It’s a very public, extremely risky process to go through. How will your loved ones accept you? Your friends? What’s work going to be like? How will the people who live around react? You don’t chance that stuff on a whim.

As an aside, I had to go to this dress shop once. I was the only guy in the place. And, as it happened, I drank a mess of coffee before I went there. And they had a place where I could release the coffee back into the wild without causing a ruckus. If I, a guy in a dress shop, could take a leak without a commotion, then a woman who used to be a guy should also be able to do the same.

Both the transgendered person and the person uncomfortable with that person in the same bathroom get to have their respective positions. And it doesn’t make them better or worse people based solely on those aspects of their existence.

And God kind of digs them.

Every little thing is gonna be all right

Every once in a while, someone says something that keeps coming back to you. For me, the following meme, posted by a Facebook friend I knew professionally 20 years ago, is that thing.

It’s very easy–too easy–to pass this off as just another outsider bashing the Christians for their silly, stupid superstitions. But there’s some truth in this meme. After all, God isn’t Santa Claus with higher stakes. No, Beth, I’d love to cure your little daughter of her childhood cancers, but you were a naughty girl this year, so little Clarissa has to die. And you get coal in your stocking. But I love you.

I hope that if  you’re reading this, you don’t believe God works that way. If he does, then I accept my lifelong residency in hell without regret.

I recently caught a glimpse of heaven. It was a place where love was total and absolute. No walls had to be built. No grudges were harbored. There was absolute connection among all of creation. In short, when you say to someone, “It would be really awesome if all of this shit (that’s the right word) went away and we could just <whatever it is>,” I’ve felt that, just for an instant.

Please know that nothing I write here is intended in any way to minimize the shit. It hurts and it’s real. It’s not pretend.

But–and this is where the meme has wisdom–if the God thing is true, no matter how things turn out, there’s something bigger and better on the other side. There’s that place where everything is love and all is connected, where everything belongs. Where freedom and hurt don’t contradict each other. Where joy reigns.

If all of that awaits, then the shit we wade through here is still shit, but it’s temporary shit. It’s shit that won’t be there forever.

The Bible periodically references labor pains as a comparison with the shit in this life. It hurts like hell when it’s happening (I wouldn’t presume to know), but when it’s done happening–that’s the big deal.

I’ll admit, I’m still going to ask for stuff. Probably more for others than myself. But I get as worried and selfish (at times) as the next guy. But I’ll also remember that whatever happens here, there’s something bigger and better than lies beyond. And it’s gonna be freaking amazing, even if Trump and Pelosi and climate change and terrorism and all the rest.

The trick is putting that into practice here.

Gratitude #582. For everything, more or less

Usually, each day, I post something on Facebook that I’m grateful for. Today’s post doesn’t fit in that context–not without sounding pretentious. I’m hoping I can fit it here, and do it justice. Not for my sake, but because I think the thought is relatively pure and should be considered apart from the guy at the keyboard.

A man I know, a very good man, spoke yesterday of a conversation he had with another man at a well. The conversation took place outside the United States, at a place where you go to the well and get your water.

In that context, two guys just sat down and talked.

The man I know has worked very hard in his life. He has built a family and a set of ministries at his church. He’s well-respected and with good reason. And he walked away from the discussion with the man, considering how easily he could be the guy who has to go to the well every day to get water, instead of the guy who stumbles out to the kitchen in the middle of the night to get a glass of chilled, drinkable water out of the refrigerator.

Earlier this year, I got into a hellacious brawl with a certain cable and internet provider because the internet service was regularly failing. Over the space of a couple of weeks, I spent 13 hours on the phone with customer service. Twice, they agreed to send someone to the house to fix the issue, then canceled without letting me know. I need the Internet for work. For one of those sessions, an epic five-hour chatathon, I was sick and should’ve been in bed resting.

I was righteously angry.

And yet, not once in all that time, did I have to go to the well and get water.

First-world problems are no less real because they happen in the lap of relative luxury. Chronic debilitating illness. Death. Addiction. Family strife. Depression. Anger. Rage. Generational gaps. All of those things are real and weighty. They leave real scars.

But they also leave room for the things we never consider, like getting cold water out of the fridge. Like the air conditioning that’s currently making me comfortable. Like the internet that allows me to beam this to the tens of people who will maybe read it.

There’s room for both things in life. Maybe the real first world problem is allowing the nagging stupid things–like the brawl with the service people, that nagging pain in the butt at work, like the traffic that seems to get worse every year–to crowd out the other things.

There’s nothing profound in saying that tomorrow is never promised us. Life could last another forty years or forty minutes.

Maybe it’s not the length, maybe it’s the depth that matters.